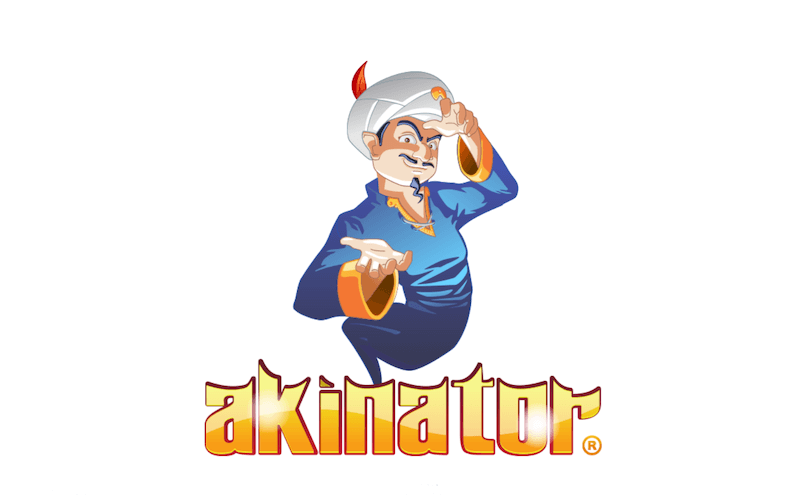 Akinator has been around for years and has attained a popularity boost in recent days. Facebook and Tweeter users have shared it thousands of times. In general, a whole new group of players has recently found out about Akinator’s magic powers. But how does Akinator work? In this article, we are going to show you the secrets behind the cartoon genie that reads your mind.

For those who don’t know, Akinator is a mobile app and computer game provided by Elokence.com, a French-based company. The genius Akinator uses artificial intelligence to guess the actor, singer, fictional character, celebrity, etc. you have in mind. During gameplay, Akinator attempts to determine real-life or fictional characters in the mind of the player by asking several questions in the game. It asks questions in a series and then gives you the result by taking a guess and finding out what you are thinking. Akinator can read your mind – do you think you can challenge this web genie? Well, give it a try.

How to Play Akinator?

The user should start the game by pressing the play button and think of a popular thing that frequents the mind, such as a TV character, political personality, etc. Then, Akinator, the cartoon genie, starts to ask a series of questions. The answering options include “Don’t know,” “Probably not,” “Probably,” ” No,” or “Yes.” This helps the web genie to hack down that potential character the user has in mind. When an answer is narrowed down before the first 25 questions to a single likely option, the program automatically asks if the guessed answer is correct. When the guess is wrong three times in a row, the program prompts the user to input the answer.

How Does Akinator Work?

So, what’s behind the genie that reads your mind? Akinator is, without a doubt, an impressive online time-killer game. But the first thing people notice when they encounter Akinator is how the program can guess any person accurately by asking questions.

For now, the only known answer is found at the sites frequently asked questions, which states that Akinator uses a program published by Elokence.com called Limule. How it was created is their little secret because it doesn’t appear to have any information on how Akinator uses Limule to work so effectively.

But, there are possible clues on how Akinator works. In those rare times when the program doesn’t know whom your guess character is after asking a lengthy series of questions, in the end, it asks you to upload your character’s name and photo. The program saves this information in its extensive database. That means Akinator has compiled a massive log of ever-evolving guess characters along with answers. This provides more insight into the way the program works through answers that describe the character before uploading.

That means the next time someone answers a question and throws a challenge, it will likely be able to answer correctly. In a sense, the program uses a secret software that uses artificial intelligence combined with wonders of crowdsourcing to generate a shockingly accurate fun game. So, this hypothesis is what Akinator is using to guess answers. In a layman’s language, this software uses a form of binary search by dividing possibilities as possible with each question.

Their website was the first to be developed, followed by the Smartphone mobile app. The site is registered under France developers as per the Whois.net web domain registry site. According to Google trends, the European version of this website went live at the end of 2007. But, it took a couple of years to spread to other markets such as the United States.

To unlock the full potential of the mobile app, there are some in-app purchases you would have to buy, though the app is free to a certain point. However, if you want to purchase software that doesn’t allow annoying ads, you can buy “the ultimate option” available from the game store. This removes ads from any app page and gives you the ability to use any character in the game. That means you have an opportunity to customize any and every character that you like.

With the non-ad option, you can rotate through characters so efficiently that Akinator is forced to try and guess characters which have not been seen for some time. You can as well change the skin of the genie to that of a vampire, a cowboy, or other characters. The Geniz feature allows you to set new backgrounds. By finding five mysterious characters each day, you can win extra Geniz.

Without a doubt, this seems like a cheat, if not magical. However, it’s not. The fact is, Akinator depends on its enormous algorithm, and through asking questions, it follows it to discover the right answer. In the beginning, it asks broader questions and then proceeds to narrow down the results. That way, it finally provides the name and photo of the imaginative character. And, in case it fails, the game continues while answering more questions until it gives you the right answer. That is how amazingly Akinator can guess every character you are thinking of. The exact secret behind the correct guess only the web genie can tell.

All Apps in the App Store are 100 percent safe to download, and Akinator is not exceptional. However, the program contains themes that may not be safe for a child. Some themes include mature adult sexual content, which is not comfortable exposing to children. Nonetheless, there is a child-safe mode that can be toggled on or off through the games main menu. So, parents are advised not to let children under the age of 13 use this app. The program has a Parent’s Guide section that offers advice to parents on the best approach when discussing mature topics with a child.

To conclude, Akinator is a fun game to play as you compete with this mysterious web genie. But never assume Akinator as a usual game because the genie can and will read your mind. There is a parental control within the app to keep it child-appropriate. We recommend this game, it is freaking amazing.

Our Mission: Geartry exists to help you find unique & cool gadgets in one click. A source for clever innovations in gift ideas, home, technology, design, art, and more. Learn more>>

19 Unique Teapots That Will Never Go Out of Style

24 Cool Lunch Boxes for Adults That Are Worth Buying

19 Cool Toys for Boys to Burn All Those Energies Away

24 Unique Bookmarks to Save The Pages In Style

Transparency Disclosure: Geartry is readers-supported, so we may receive a referral fee (at no additional cost to the buyer) for products purchased through the links on our site or other applicable pages. Learn more>>